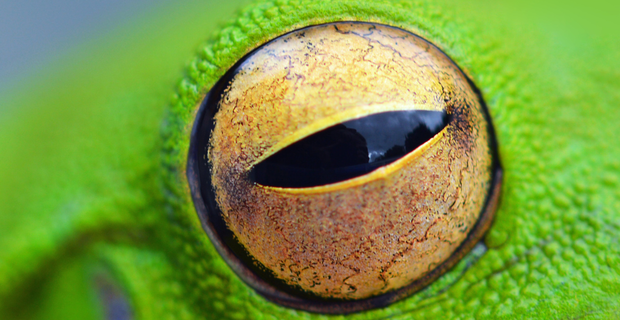 If a toad is put into a tank with dead worms, it will starve to death because it won’t recognize the worms as food. Toads have evolved to only see horizontal lines moving as food. This theory was tested in the 1970’s, when scientists put a toad in a glass jar and had a vertical line pass by to which the toad did nothing, almost as if it has no clue of the line in front of it which looked like a worm standing straight up. Once the line was changed to become horizontal, the toad immediately tried to eat the horizontal line which mimicked a wormlike insect. Toads have a very unsophisticated visual spectrum. They basically think that if whatever they’re looking at appears to be a worm, then chances are it is and that it’s safe to ingest. This visual model is flawed because the toad is easily fooled giving it a disadvantage both in catching prey, and in becoming prey