When the Vikings settled Iceland, no monarch was installed, which forced these settlers to find a new system of government; democracy. The early decades of settlement were effectively without structured law, but after 2 generations, 36 leading farmer Vikings banded together to develop the concept of an assembly to govern Iceland referred to as the “Alþingi” (written “Althingi” in English) (pronounced “all-thing-ee”) in 930 A.D.. The council met once every year for 2 weeks to create laws, preside over and judge disputes, and appoint a legal speaker, whose responsibility it was to remember and recite the law. The Althingi convened at Þingvellir (written “Thingvellir” in English) (pronounced “thing-vet-lear”) which is a unique location as it is a gorge where 2 of the Earth’s tectonic plates meet and 45 kilometers east of what later became the capital city of Reykjavík, Iceland (pronounced “rake-yah-veek”). The term “Althingi” means “thing field” or “assembly field” in the Icelandic language. This form of government met for the next 800 years at this exact spot, even after merging with Norway in 1262, with the location eventually moved to Reykjavík in 1800. The Althingi is the oldest parliament in the world, which is astonishing as it is still functioning and currently running the country of Iceland as a whole

Cancer kills 9,000,000 (9 million) people each year and despite having searched for centuries, a cure has yet to be discovered by scientists. At the center of the immune system is the T cell, a type of leukocyte which respond against bacterial and viral infections alike in an effort to keep their host healthy and alive. T cells determine between threatening and non-threatening foreign and non-foreign bodies within a host by leveraging a molecule upon the surface of all cells referred to as the “T cell receptor”. Jim Allison was the first person to successfully isolate and purify the molecule which recognizes this lock and key model for infectious disease, auto-immune disease, and other innocuous substances within the body be they foreign or internally created. In 1987, French scientist Pierre Golstein and his team discovered a new protein upon the surface of T cells which he named “CTLA-4”. To study CTLA-4 in laboratory rats, Allison had to build and design a rat antibody, a Y shaped protein which would trigger a reaction by CTLA-4. Cancers are mutations and should in theory be visible to the immune system, which is why the scientific community has struggled with the paradox of why tumors go undetected by the immune system for decades. There is no discernible reason as to why the immune system can recognize and resist influenza or any other foreign or domestic body but not cancer. Allison theorized that tumors have evolved an ability to fool the immune system, engaging CTLA-4 which turns on the T cells response to halt its search and destroy measures. Allison hypothesized that if he inserted a Y shaped antibody to block the gap in between the tumor and T cells, the tumor would no longer have its ability to hide, a trait which has been evolved by tumor cells over hundreds of millions of years. This would allow the T cell to infiltrate, attack from within the tumor, shrink, and ultimately kill the growth. Allison spent the next decade trying to turn this revolutionary breakthrough discovery into a medication which could be provided to cancer patients. Allison found Alan Korman, a scientist creating medications for auto-immune disease which provided him with the expert he required to turn this idea into a reality. Korman was tasked with taking the CTLA-4 antibody which Allison and partner Max Krummell developed for laboratory rats, and turn it into a medication which could safely work within human beings with this medication subsequently being named “Ipilimumab” (pronounced “ipi-lim-ooh-mab”). Korman ended up collaborating with a friend from graduate school, Nils Lonberg to accomplish this task. Ipilimumab consists of an intramuscular injection into the leg and a 90 minute intravenous medication drip in comparison to chemotherapy and radiation therapy which take months of treatment to complete and have devastating effects upon overall health as both bad and good tissue are destroyed in an effort to eradicate all tumor cells. Allison’s work with laboratory rats demonstrated that with the help of this newly developed antibody, T cells gained the ability enter into tumors and expand their size in an effort to destroy them from the inside out. This means that the fact that tumors grow initially upon administration is a positive marker and indicative of the medication working as it demonstrates successful infiltration of the tumor cells themselves. Patients often report feeling better after a few treatment sessions, sometimes even a single session, despite computer tomography scans demonstrating that their tumors are growing larger, which under normal circumstances would make a patient feel worse. Some patients even noted increased improvement after having stopped the Ipilimumab treatment, with no further therapy required. On March 25, 2011, the U.S. Food and Drug Administration released approval for Ipilimumab. Ipilimumab and its successors have treated nearly 1,000,000 (1 million) patients worldwide with many of these patients achieving permanent remission which is essentially the definition of having been cured of cancer. Although these medications do not work in every single case, they have definitively demonstrated to be a miracle medication for hundreds of thousands of people thus far. After completing this revolutionary discovery, Allison was awarded the Nobel Prize in Medicine in 2018 for his series of discoveries related to T cells and their ability to halt cancer in its progression in perpetuity 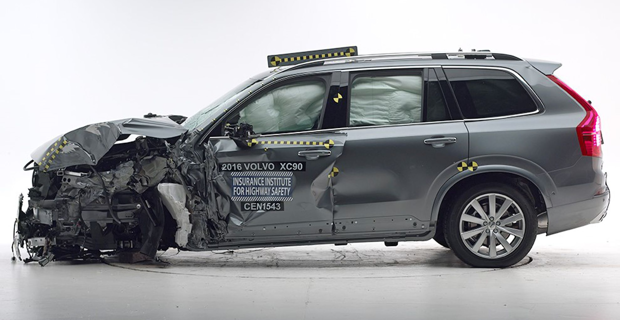 In 1959, Nils Bohlin (pronounced “neels bow-leen”) created the 3 point seatbelt while working for Volvo, an invention which Volvo intentionally designed to be patent free so that the advent could be utilized and implemented globally in a concerted effort to save lives everywhere. This was one of the first examples of open source technology in business and manufacturing. It’s been estimated that the seatbelt has saved more than 1,000,000 (1 million) lives over the past 40 years as of 2020. Swedish company Autoliv (pronounced “ow-tow-leeve”) furthered this pursuit towards safety by creating the seatbelt pre-tensioner which instantaneously reels in seatbelt slack during a vehicular accident and has also helped to design newer, better airbag systems and advanced artificial intelligence automobile visual systems

At the end of World War I, soldiers coming back to London, England from the Western Front brought with them a particularly infectious version of influenza referred to as the “Spanish Flu”. Exact metrics are unknown because of poor data collection during the early 20th century but an estimated 50,000,000 (50 million) deaths occurred, 3x as many people than that which died during the entire span of World War I. Spanish Flu had its most devastating blitzkrieg upon London in the autumn of 1918, as thousands civilians and soldiers, weakened from 4.5 years of war, became ill within a few short days of Armistice Day. Spanish Flu works quickly to destroy the lungs of healthy victims, with those who contracted the pathogen feeling fine in the morning and often found dead, later that same evening. In 1918, 320 people died of Spanish Flu in London, but during 1919, Spanish Flu had a resurgence and exploded in severity with 16,000 – 23,000 people killed, a surge which caused a shortage of gravediggers and coffins, classifying Spanish Flu as the worst epidemic in living memory. The Spanish Flu outbreak came to an end in May of 1919 once enough of the British population had experienced the infection and either been killed or having survived, becoming immune to the point that the disease could no longer be passed through hosts efficiently enough to continue its spread