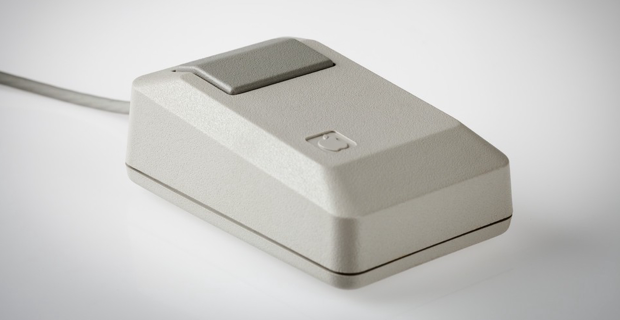 The computer mouse became a mainstream accessory for computers shortly after Steve Jobs viewed a prototype mouse from Xerox in 1979. Jobs asked his team to create a mouse which was under $15.00, would last for 2 years, and could be used upon either a particle board desk or the jeans of a persons lap. Dean Hovey ended up creating the concept of the computer mouse by visiting a drug store after Jobs made this request in a business meeting. Hovey purchased a roll on deodorant and a butter dish and began working upon the initial design. Hovey popped the spherical applicator out of the deodorant and covered it with the butter dish to make a rollable, undulating handheld device